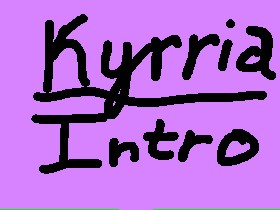 Kyrria—Intro, a project made by Edible Pack using Tynker. Learn to code and make your own app or game in minutes.

Blinking Ball (from another creator, but I added some stuffz)
by Edible Pack
788