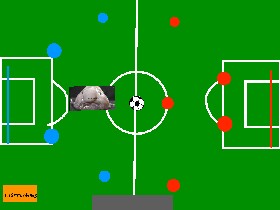 2-Player Football ft. the Blobfish, a project made by Messy Alpaca using Tynker. Learn to code and make your own app or game in minutes.

Hypnotism, don’t copy or I’ll ban you
by Messy Alpaca
675