Minecraft Modding with Code -
The ultimate guide for makers

Having just celebrated its 10th anniversary, Minecraft is as popular a game as ever. Often compared to LEGO®, if you play Minecraft, you’ll see why. Players can truly build anything they can imagine. The open-endedness of the game has created a culture of makers who dream up new things to make and then learn the perseverance to bring them to life.

The open-endedness of the game has created a culture of makers who dream up new things to make and then persevere to bring them to life. Over the years, communities have come up with some amazing Minecraft re-creations, such as the complete Westeros continent from Game of Thrones, the Eiffel Tower, or even the USS Enterprise from Star Trek!

Another fun aspect of Minecraft is that the game encourages users to customize their experiences by allowing them to transform the look of their worlds, change the behaviors of in-game characters, and even add code to make more interesting and custom modifications. 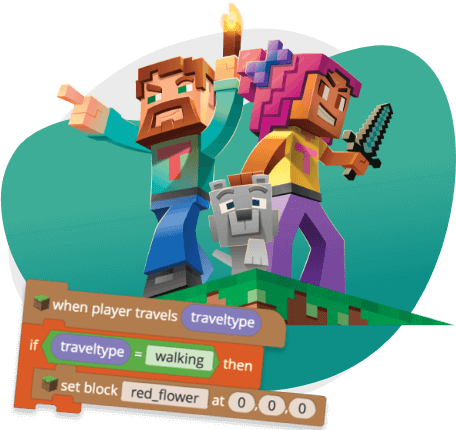 In this article, we’ll delve into Minecraft modding and how kids can benefit from applying their coding skills while playing Minecraft.

What is Modding and Why Should You Care?

Modding is jargon for modifying or altering Minecraft in some way. For example, if you want a block in Minecraft to look like a magic carpet and float like one, you can do that. There are many kinds of mods with varying levels of complexity. Superficial changes like making rainbow-colored chickens can be done with no coding, while deeper changes that govern the behavior of actors or even generate worlds procedurally can be done with code. 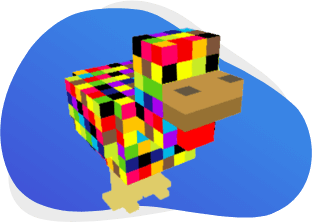 Players love mods as a way to express themselves among the community. As they build mods and add-ons for Minecraft, they’ll learn to code, think critically, and write programs. They will see coding as a tool they can use to bring anything in their imagination to life.

Since coding is the primary method that kids use to make mods in Minecraft, kids learn and apply programming fundamentals like repetition, conditionals, functions, and variables to make mods and games that they can show off and play with their friends. Kids are incredibly motivated to learn to mod because it allows them to do so much more in Minecraft and truly customize worlds to be their own.

How to Get Started with Minecraft Modding

To get kids started with Minecraft modding, you need to have a version of Minecraft on a desktop, tablet or smartphone and access to a coding platform such as MakeCode or Tynker. While all versions of Minecraft support some kind of modding, they are all a bit different based on the platform.

Microsoft MakeCode is a web-based environment that provides a block-editor and a JavaScript editor to create Minecraft programs for the Minecraft Education Edition. This version of Minecraft is specifically designed to be used in schools and is available to anyone with an Office 365 Education account.

With Makecode, students can build Minecraft programs for both the desktop and iPad versions of Minecraft Education Edition. 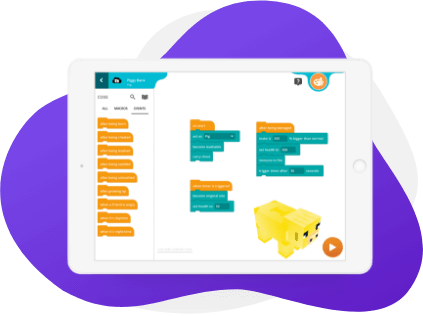 Here is a sample Tynker mod that makes it rain TNT blocks from the sky! Kids in the community have made more than 10 million mods using Tynker! 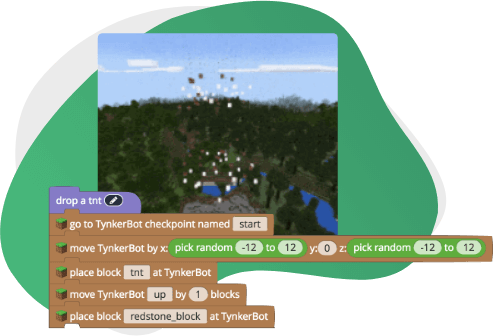 A more advanced method of modding is to use the Java programming language instead of the block-coding methods. This works only on Minecraft for PC and Mac, also referred to as Minecraft Classic or Minecraft Java Edition. This method will not work in Minecraft for Windows 10 or on the Minecraft app versions.

This method may require adult help and some professional mentoring because they will need to install a Java IDE like Eclipse, get the right Java Development Kit as well as a modding API like Minecraft Forge. You can also look for expert tutorials on the web such as this one. 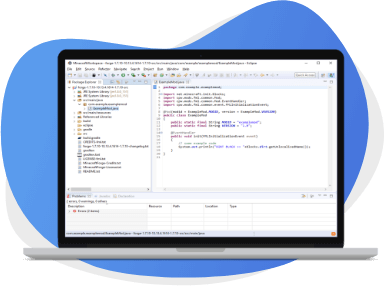 With MakeCode and Tynker, kids can learn by themselves because they use block-based programming and do not need to install anything except Minecraft.

Learning to mod with Tynker is fun and easy!

What do Kids Learn with Modding?

With their passion for customizing and playing Minecraft, kids often show a really high degree of motivation for using code to build mods. As long as the tools are friendly, this is a great way to learn to code. Kids learn a number of skills while modding:

What Can Kids Mod in Minecraft?

Here are the types of things that kids can customize with Minecraft modding:

Minecraft modding is a fun and creative way to teach kids to code. As they build mods, they’ll see coding as a tool they can use to bring their imagination to life. And with all the tools and servers, kids can experiment and learn with friends (without parental help) in their own secure and private environment. Click the link to get going and have fun!

“[Students] enjoy the vast selection of stock stages and characters that Tynker provides, and they like customizing and even creating their own, too. They are thrilled with being able to customize characters and use their code in Minecraft.” – Sarah Van Loo, Blue Ribbon Educator

“Students are able to design and modify existing games like Minecraft that they already love.” – Sean Arnold, Blue Ribbon Educator

“Once the Minecraft builder emerged, I was messing around with it, changing worlds. It was really fun.” –Featured Maker Cole

“I’ve been doing a lot of Minecraft modding. Those are my most favorite projects. I’ve been a Minecraft fan for a while and then I just saw modding one day and I was like, “Wow, what is that?” I got on and started doodling and stuff and thought, “Wow, this is crazy!” I saw Mythicraft, it’s really cool!” –Featured Maker Anna

Get started with Minecraft modding — and have fun! 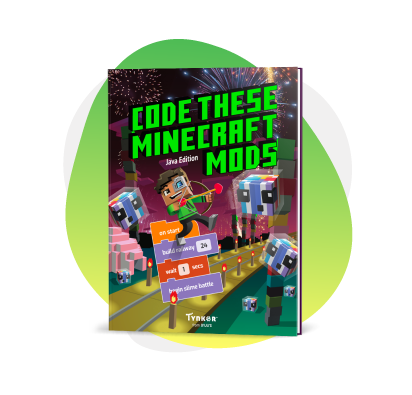 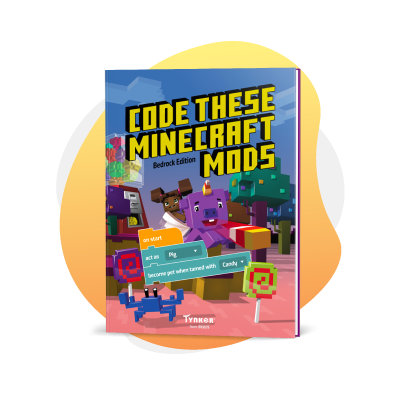