Anna is a Minecraft Modding Expert!

Anna is a Minecraft Modding Expert!

Meet twelve-year-old Anna, a talented 7th grader who lives and codes in Clayton, North Carolina. She explores Tynker as part of her interest-led homeschooling curriculum and codes in a library coding club. Coding is just one of Anna’s many interests! 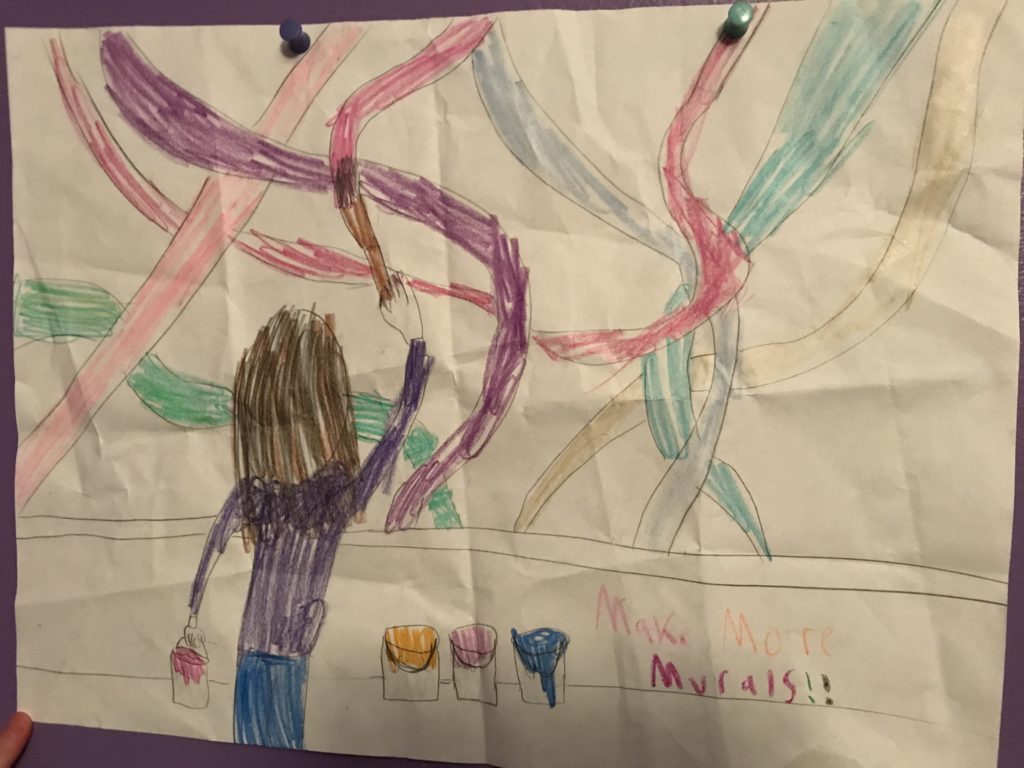 Anna ice skates and has been doing so for about a year, which we think is a really cool hobby. She’s also a talented artist – we spotted some of her drawings when we interviewed her! We’ve been really impressed by Anna’s work in Tynker – especially her Minecraft mods – so we chatted with her to learn more about the maker behind the projects.

Do you have an idea of what you want to be when you grow up? I don’t know yet, I have a bunch of choices! Maybe a hockey goaltender.

How did you feel when you found out your project had been featured? I felt excited, I went crazy!

How did you learn how to use Tynker when you were first starting out? It was so easy – I figured it out on my own!

Did you use any Tynker courses or tutorials to learn to code? I did a few courses!

How do you get inspiration for your projects? Sometimes I see other people’s projects and then remix them to make them even cooler! Sometimes I make them on my own with my drawings.

How do you use your creativity when you code? I usually just think a while! Sometimes the right answer comes to me and I suddenly start typing.

Why do you like to code? I just like creativity and cool stuff! You get to drag and drop things instead of drawing with a pen across a page.

What is your favorite project you’ve made so far? I’ve been doing a lot of Minecraft modding. Those are my most favorite projects. I’ve been a Minecraft fan for a while and then I just saw modding one day and I was like, “Wow, what is that?” I got on and started doodling and stuff and thought “Wow, this is crazy!” I saw Mythicraft, it’s really cool!

Is there anything you’re planning to make next or currently working on? I’m making a few other mods. I’ve made a rainbow person and I changed an ocelot into a cat with purple stripes on it! It’s really neat! It’s just got one stripe straight down its back and a stripe by its head. I think I might be making a few other interesting projects. They might be a few Minecraft-like things where kids can interact with the Minecraft characters.

What do you do with a project when you’re done with it? I usually just immediately publish it. I make sure everything’s good first and then I publish it.

What’s your favorite feature in Tynker?I really like doing the art on there. There was this one project that there was like bouncing multicolored balls, I made them do a bunch of crazy stuff! I made them just drop down there and stay down there. I also like Minecraft modding.

Do you think other kids should try coding? Yeah! Kids might like coding because there’s a bunch of art and stuff, and they could make their own things in it.

What advice would you give to kids starting out with Tynker? Well, if you don’t feel creative enough, think a long time! If you have something that you really like, take it and then you can make it even cooler!

Anna’s mom Alicia told us that Anna enjoys coding, and with interest-led homeschooling, they’re able to focus on things she’s passionate about.

Anna’s mother provides a lot of great support for Anna as she learns to code! She told us, “Once I saw that it was something she was interested in, we started going to the library, they had a coding club, and she just runs with it! She shares her projects with me and we talk about them.”

When asked why learning to code is important, she said, “Technology is the future! Anything she’s going to be doing in her future is going to have to deal with building things, and coding is the building blocks of technology these days.” We couldn’t agree more – as we look to the future, kids who have experience coding will certainly have a head start.

Thanks for chatting with us, Anna and Alicia! We’re excited to see what you create next Anna, and where your talent for Tynkering takes you. Keep coding!