“It’s not just about the coding, it’s about using coding to foster deeper learning that allows students to learn, apply what they learned, and demonstrate mastery of the core content.”

How did Tynker address the challenges you faced in your district?

We were opening a new K-5 elementary school, Loess Hills, and knew that we wanted it to be a magnet school for tech, but we weren’t sure how to achieve it. We wanted to develop a program that would have long lasting, cross-curricular benefits, or deeper learning. After many discussions with the principal, John Beeck, we decided that we would focus on computer programming. Programming is an innovative way to achieve deeper learning. It allows students to learn, apply what they learned and demonstrate mastery in areas such as problem-solving, reading and math.

We also had to do this in a way that could be prepackaged and easily adopted by our busy teachers who don’t have a programming background. We looked at a lot of programs and products and Tynker stood out because of it’s common core support built into every lesson plan, Concept Map to track progress, project hooks to support teaching in core curriculum areas and awesome tools for teachers.

With Tynker, we found that it was easy for teachers without any programming experience to integrate coding into what they already teach.  It didn’t become another thing to teach.  In fact, adding coding to the classroom has made teaching easier because the students are more engaged in what they are learning — in all academic areas.

How are you incorporating Tynker into your program?

We began with a pilot involving seven teachers from different grade levels at Loess Hills. They worked with Tynker’s introductory lessons to introduce basic programming concepts, and then incorporated Tynker’s project-based learning tools into their lesson plans. Here are some examples of what they did in the first few months of the pilot:

Tynker’s engaging platform helped our students learn problem-solving skills in a way that supports academic growth in core areas such as reading, math and writing. Even our students realize the many benefits of coding!

How have your kids changed? 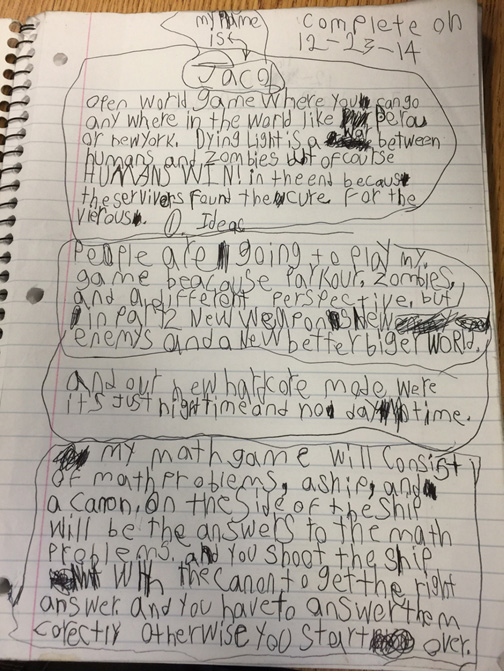 We’ve seen a dramatic difference in critical thinking and problem-solving skills because of Tynker. It’s common for kids to get stuck in their schoolwork and that leads to a lot of frustration and disengagement. But with Tynker, kids want to go back and figure out a problem. They’re more persistent and tenacious, using trial and error and applying reasoning skills to fix errors. They pay attention to patterns, pick up on abstract concepts and attend to the little details because in a game, one little error can throw the whole thing off. And as a result, they’re becoming more creative, more confident, not just in the projects they make, but in other areas too (especially math!)

Jeff Gacke, a 3rd grade teacher, feels that his students are becoming more independent, creative learners. In addition, we’ve observed that students get wrapped up in their projects, games and stories – they didn’t even realize they were coding, writing and crafting a compelling storyline at the same time. I worked with 2 boys who were reluctant writers, but when we asked them to design a computer game, they were motivated to write — to describe their game and how it would work.

Melanie Ohrtman, another 3rd grade teacher, feels coding has engaged academic underachievers in a newly inspiring way.  And Jody Vanderloo, a 2nd grade teacher, observes that coding is teaching her students lifelong skills. “Students are finding out that making mistakes is part of life and they can collaborate with their classmates and peers and solve problems.”

Now that you’ve seen the success at Loess Hills, what’s next for your district?

We got the community involved where district teachers, the school board, community members and even the mayor showed up for a programming demonstration by the students at Loess Hills. Let’s just say they were blown away by a group of 7 year olds!

Now that we know how successful we can be with coding at the Elementary level, we are currently rewriting our Technology plan for 6th, 7th and 8th grades as we prepare to launch Tynker at all of our Middle Schools across the district in Fall 2015.

Want to teach programming and engage students in deeper learning at your school? Let us know!