Introducing Crystal Clash, Tynker’s newest multiplayer coding game. In this immersive battle game, kids can code their hero to engage in battle with other Tynker users. In order to win, they must outthink and outplay their opponents by writing better code. The spirit of competition motivates kids to continually improve their code as they strive to make it to the top of the leaderboard and defend their ranking. They’ll be drawn into the game as they learn to cast fireballs to eliminate enemies, avoid incoming spells, break through obstacles, and collect power-ups to become the last one standing!

Anyone with a Tynker account can participate in Crystal Clash! In each game, up to four players battle in a shrinking arena, using their abilities to cast spells and destroy enemies. The players use their pre-coded strategies to evade others, attack their enemies, or collect fun power-ups until only one player is left standing. The player that survives the longest is the winner! Players are awarded points based on how they do; those with the most points climb the ranks to reach the Champion level and earn special Tynker unlockables.

Battle up to three other players on a shrinking arena

There is no shortage of ways kids can code their hero! The game features three self-guided tutorials to get started; from there, players can continue to customize their strategy. They can train their hero to actively hunt down enemies, switch between collecting power-ups and tracking enemies, evade all enemies and play defensively, and more. Over time, kids will tinker with their code to compete against even better players. 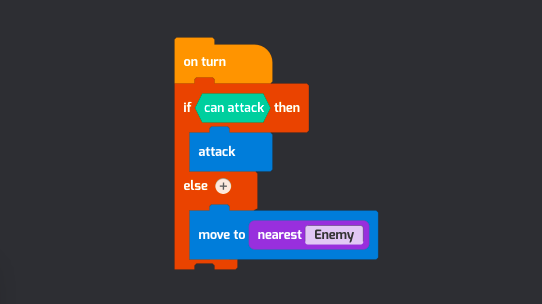 A sample strategy: Attack if you can!

In addition to battles happening in real-time, thousands of games are played overnight, pitting players’ code against that of others and tracking global winners on a live leaderboard.

Like our other battle games, Code Commander and Code Monsters, Crystal Clash allows players to compete with other kids for the top ranking. The competition motivates them to write better code, engaging them in finding creative new ways to defeat their foes. As they play, kids develop critical thinking and logical reasoning because of the constant iterations of their code. They also build resilience as they persevere through losses and coding challenges!

There are many different strategies that kids can use to win a game of Crystal Clash – no single strategy is necessarily better than the others, so kids engage in experimentation to find the one that will take them to the top. The game’s dynamic leaderboard inspires kids to adapt their strategies, learning from others’ successes to inspire their own. 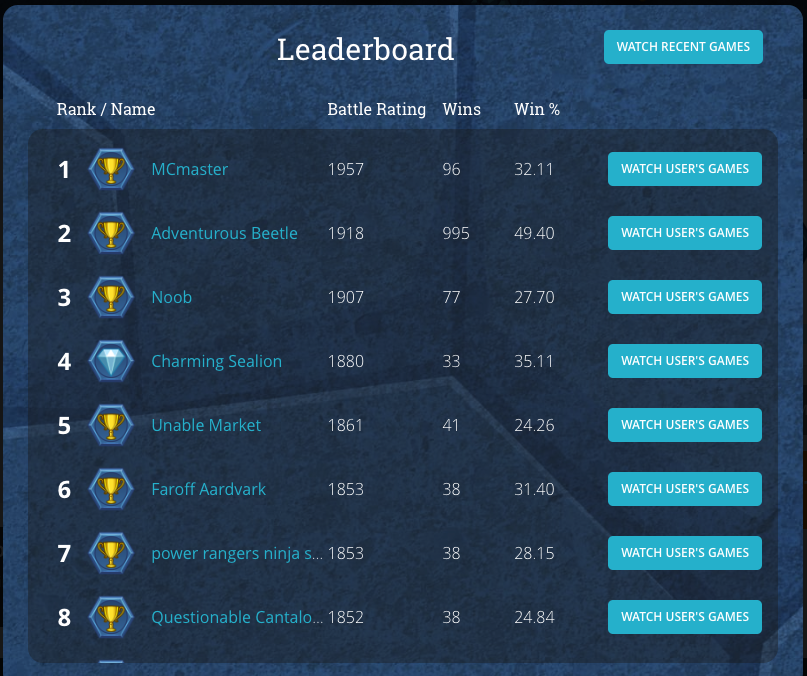 Study the leaderboard to improve your strategy!

Stay tuned for exciting features such as leaderboards for your classroom, inviting friends to battles, and new levels! Visit the Battles tab of your student dashboard to get started!

Ready to begin climbing the ranks?