Artistic Alyssa is a Dream Student!

Artistic Alyssa is a Dream Student!

Alyssa is in 5th grade and lives in Gurnee, Illinois. She plays a trumpet in a band and loves playing sports – she even aspires to be a softball player when she grows up! We learned a lot when we chatted with her, her mom Valerie, and her teacher Ms. Lynch. Coding is another way for Alyssa to create, and all three agree that it’s a great skill to learn for the future! 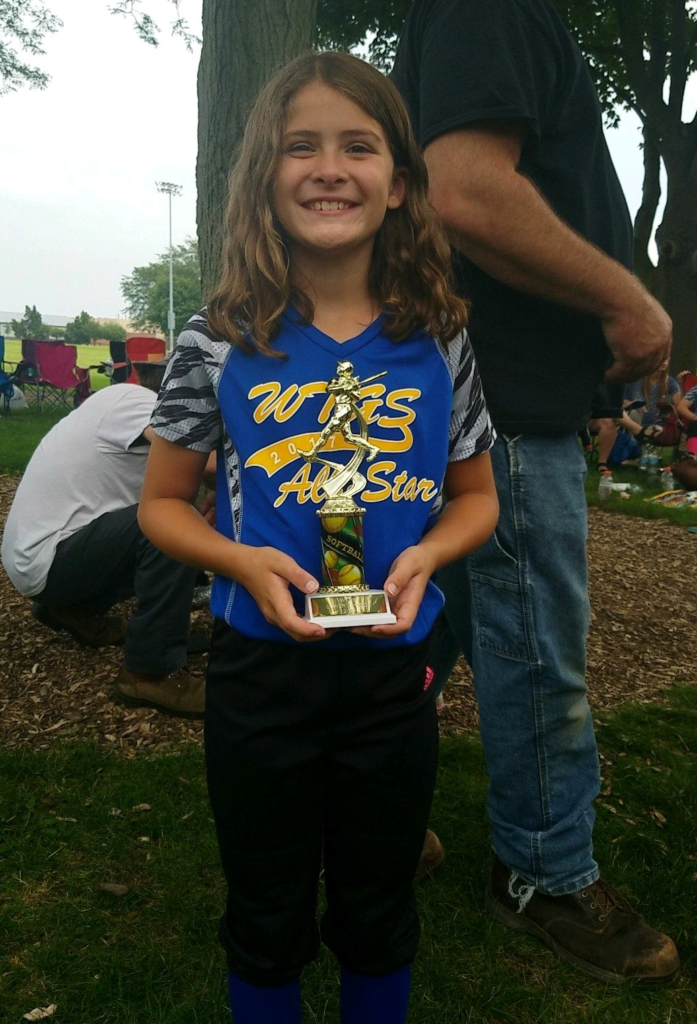 How did you learn how to use Tynker? I learned at school, and when I had difficulties coding something I just looked at other people’s projects to see if they were similar to mine.

How do you get inspiration for your projects? The way I got inspired for this project was from an Impossible Quiz that somebody did.

How do creativity and coding fit together for you? I’m very artistic, so I create a lot of things a lot.

What is your favorite project you’ve made so far? The Impossible Quiz.

What do you do with a project when you’re done with it? I make sure that I’ve fixed all the bugs, then I play it a couple times to make sure everything works well, then I show my family, then I publish it!

What’s your favorite feature in Tynker? I like that everyone can see my projects! It’s also fun to play everybody else’s games.

How do you think learning coding now might help you in the future? It’ll help me if something breaks down in the house or something. I will know how to think through fixing things!

Do you think other kids should try coding? Yes, definitely! It’s fun and then you also get to learn about it. It’s just very fun to do.

What advice would you give for kids starting out with Tynker? Be very patient! You’ve got to figure it out. Go check out the community games!

Alyssa’s mom Valerie and her teacher Ms. Lynch are both very proud of her, and had lots to say about Alyssa’s impressive intellect and work ethic! We first heard of Alyssa’s persistence when Ms. Lynch told us, “Alyssa is very hard-working. She wants to do the best that she can and she’s not afraid to go above and beyond what is expected of her; she expects it of herself, to go above and beyond. She doesn’t do any less than that. That’s one thing I admire about her.”

She continued with, “She doesn’t mind giving up free time or recess to help me out or help other teachers out or do something, make sure that she understands something. She takes the initiative to go above and beyond.”

Alyssa’s mom Valerie gave us a glimpse into Alyssa’s drive to learn and code, saying, “I think coding challenges her, and she loves being challenged. If she’s not challenged, then she’s not as motivated to do it. With coding she has a challenge and she’s truly motivated to do it. I think that’s what the big drive is. She feels really good that she can show other people, besides just family, what she made. She says she creates something fun for everyone to do.”

Ms. Lynch noted that her students (including Alyssa) picked up coding a lot faster than she thought they would, and that she’s noticed a lot of positive change in her classroom since beginning coding with Tynker! “They’re better at problem solving,” she explained. “After we showed them how to use Tynker, during their free time they’d sit around and play with it. They went exploring themselves and figured out how to add additional features that we didn’t even teach about.”

Her students are also becoming more proactive as they learn to code. Now, when her students realize, “Oh, she’s busy,” or “She doesn’t know how to do this right now,” they recognize, “I can go seek out the answer myself.” As Ms. Lynch said, “It made them more curious. They’re better at seeking out things. They don’t have to wait for us anymore – and I see that beyond coding class. I see them doing that in math or reading.”

Valerie is an educator herself and works with kids in special education. According to her, “a lot of kids need to learn patience. They need to learn that thought process to get through something harder, to be challenged.”

Valerie isn’t the only educator in Alyssa’s life who agrees that an unprecedented future is on the horizon. Alyssa’s teacher Ms. Lynch reaffirmed the idea with, “We don’t know what jobs will be out there for kids when they become adults, because the world is changing so much and so fast. I feel like right now in school we’re teaching them, we’re preparing them, but really, we don’t know what’s going to happen.”

Connecting the dots, she made the point that while she herself was in school, students could decide upon and train for a job in a linear way, but now, it’s “up in the air.” Ms. Lynch touched on the rising presence of robotics, noting that “jobs that we used to have are changing,” citing examples of waiters and warehouse workers.

Our favorite quote from Valerie? “They’re learning, but they’re having a lot of fun – and they’re still being kids. They’re not being pressured into doing something they don’t want to do. They really want to do this.”

Ms. Lynch beautifully summed up the need for coding with, “Since everything is changing, coding is the next step because we’re heading down that path. They’re going to be doing a lot of programming and everything, so it’s a language they’ve got to know now to understand, to compete for jobs in the future.”

We had a fantastic time chatting with and learning from Alyssa, Valerie, and Ms. Lynch. Thank you all for your time, and for dedicating so much of your time to education! We can’t wait to see what you come up with next, Alyssa – keep coding!