Casey stares at his computer screen, carefully calculating his next move. As part of a school science project to create a simulation of the Earth’s tides, he has spent the better part of the hour trying to animate a moon orbiting the earth, a series of commands that is proving more complex than he had anticipated. But with every iteration and tweak, the determined sixth grader finds himself inching closer to his vision. Finally, he inputs -10 degrees on the X coordinate, 21 on the Y, and hits enter. He grins in giddy satisfaction as he watches his moon makes a perfect circle around the earth.

Casey’s story is one of many that illustrates how the process of learning to code is encouraging something that many believe to be the most important skill we can teach our kids: creativity. We’re all born with it. As kids, we embrace imaginative play, ask questions, paint colorful pictures, and build elaborate things with our blocks, but somewhere along the way our capacity for creative thinking diminishes. It’s not because we lack the “creative gene” – we just haven’t reinforced it or, as researcher George Land concludes from his longitudinal study on creativity and divergent thinking, we have unlearned it. Today, research is showing that creativity is a skill that can be developed at home and in our schools through the cultivation of three qualities: 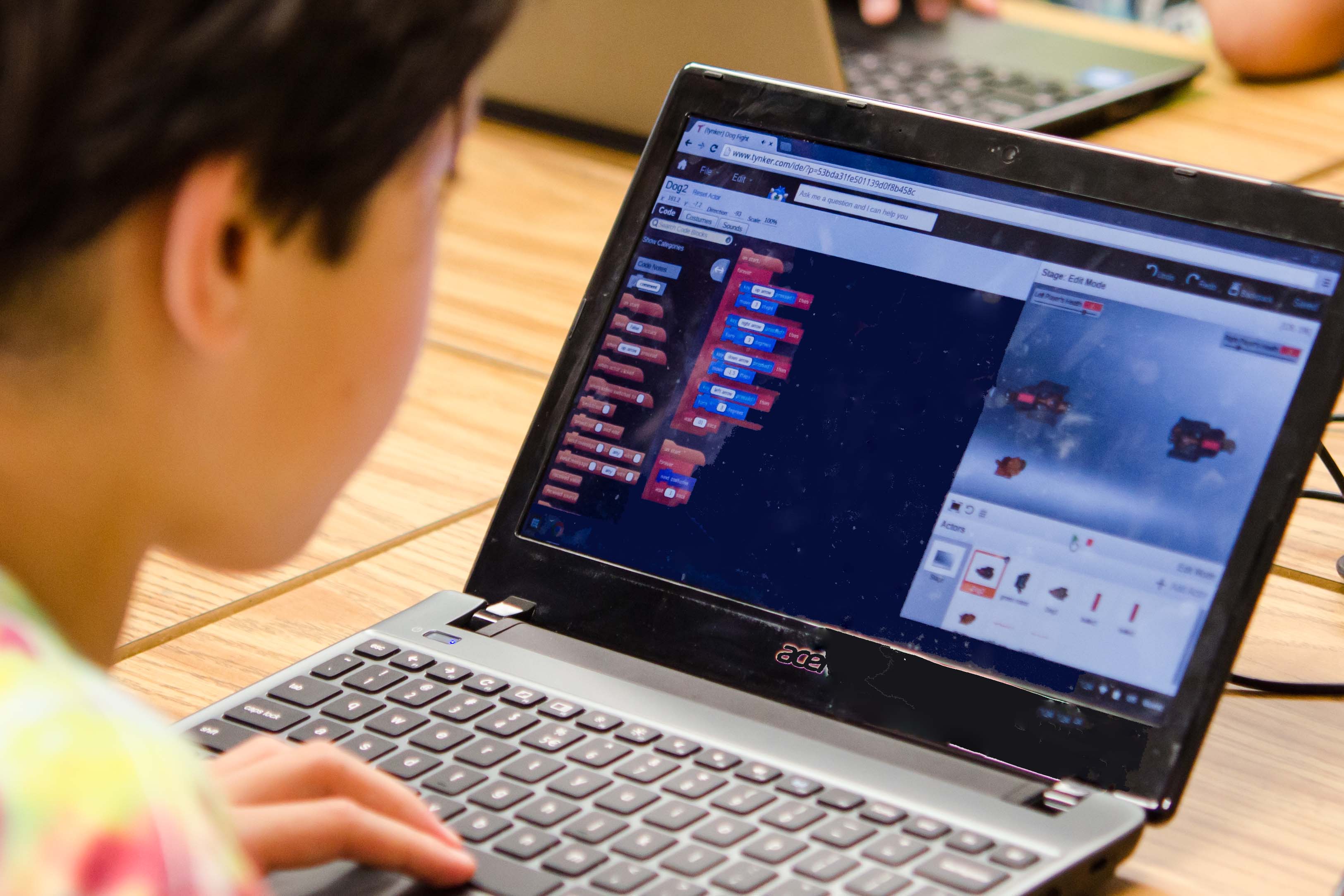 Creative thinking begins with a questioning mindset. It can be taught by encouraging kids to experiment, explore their ideas, question their assumptions, and make mistakes (and learn from them). Thomas Edison was a master of this type of thinking. He tested thousands of materials and processes before creating the first working light bulb. “I have successfully discovered 1,000 ways to NOT make a light bulb,” he famously said. With programming, kids are exposed to this process of experimentation. They start by learning a handful of commands to do simple tasks, and with each successful result, they slowly gain the confidence try new and more ambitious things – things that force them to question each decision and ask “What if I tried X?” Testing their assumptions in a live environment frequently results in errors and bugs, giving kids the opportunity to find a workable solution. With practice, kids gain a proficiency in their technical and hypothesizing skills, allowing them to move onto solving increasingly complex problems and eventually building programs completely on their own.

Each side of the brain is said to control different parts of thinking and information processing. The left hemisphere is typically associated with logical, technical, and analytical thinking, whereas the right hemisphere is associated with imaginative, artistic, and intuitive thinking. We tend to think of creativity as a right-brain function, but the most creative thinkers and problem solvers can effectively engage both hemispheres. This idea of marrying “art with science” is what Steve Jobs built Apple on, and it’s this kind of whole brain thinking that teachers have been embracing in the classroom by promoting active, project based learning. Using a coding platform like Tynker is particularly powerful because it requires kids to use their technical skills to build the program, as well as their artistic and storytelling skills to design a compelling program.

Like learning a sport or a musical instrument, cultivating creativity requires hard work and practice. For kids, if the work is confusing, monotonous, or the end goal unappealing, the desire to practice weakens. Kids must be motivated. They need to be in an environment that builds confidence and instills in them a genuine desire to create. Kids pick up on technology with shocking ease, so giving them a basic knowledge of programming on a fun, easy-to use platform is one of the best ways to get them to practice (and actually enjoy the process!). Learning programming on the right platform – one that is structured, engaging, and well paced – puts kids on the path to fluency in the language and logic of programming. Ultimately, it gives them a springboard to create the very games they love to play. What an amazing gift! 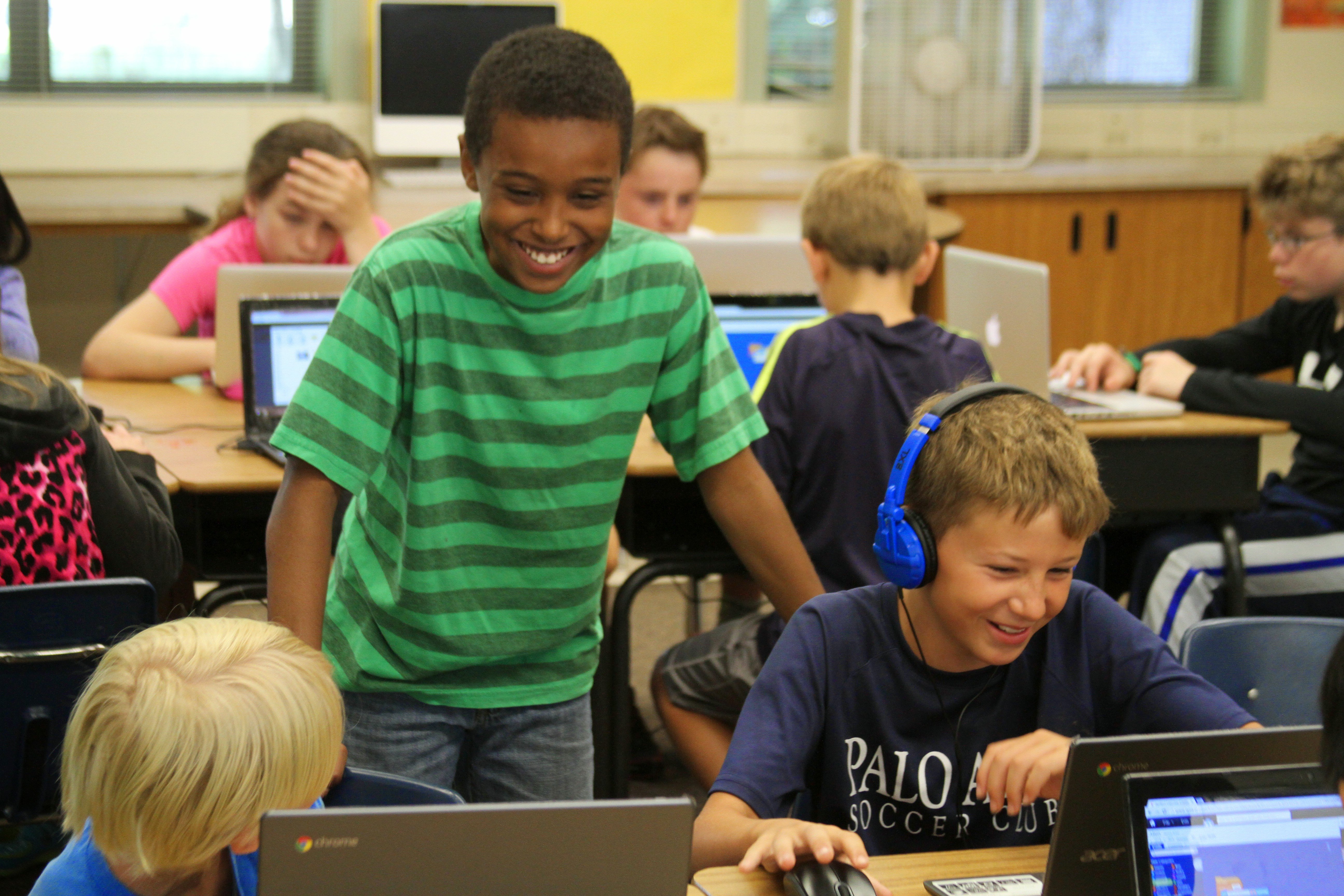 Learning to code is very much like learning a new language – it gives kids a fluency not just in technology, but also in the language of creativity. Maria Klawe (mathematician, computer scientist, and president of Harvey Mudd College) believes that “coding is today’s language of creativity. All our children deserve a chance to become creators instead of consumers of computer science.” It doesn’t mean they’ll all grow up to be computer programmers. Programming is part of the development of a valuable technical and creative skill set that will grow with them into adulthood, enabling them to thrive in our ever growing digital world. It’s creativity that lays the foundation for innovation, ingenuity, and leadership because it represents the ability to connect existing ideas with new approaches. And we owe it to our curious, imaginative kids to give them the tools to be the creative thinkers and problem solvers of the next generation.

If your child hasn’t started yet, now is the best time to give them an opportunity to explore coding.