What do coding and cooking have in common? Ask Ryan!

What do coding and cooking have in common? Ask Ryan!

Meet Ryan, an 11-year-old from Lancaster, Ohio and one of our Featured Makers. He’s published some amazing projects to the Tynker community, so we sat him down to ask him about his hobbies, his future, and what he loves about coding. 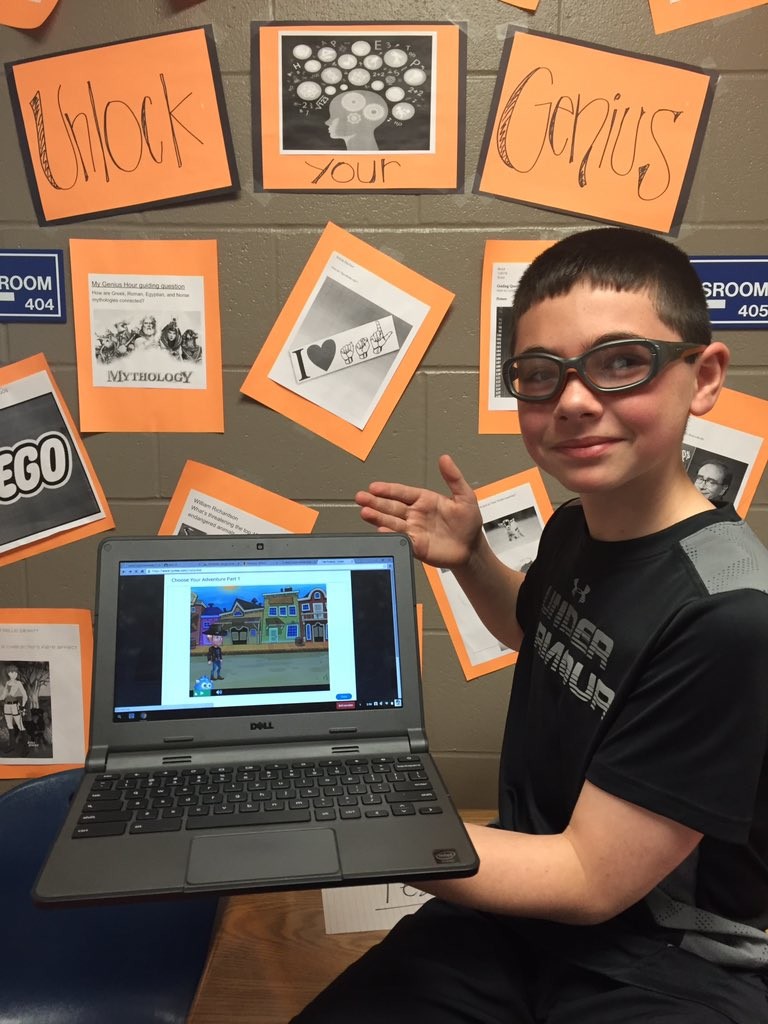 What do you want to be when you grow up? I’d like to be a chef when I grow up and make my own restaurant.

How did you start cooking? One Christmas I woke up and I got a cookbook and I tried some stuff out of it. It just stuck since then.

How did you get introduced to Tynker? I used Tynker at school. We did this thing called Genius Hour. We got to choose a subject that we wanted to do and I chose coding and I made a project for it.

What is the Genius Hour? At the beginning of the year, my teacher said, “Choose something that you like to do and then you get to make a product and you get to research this thing.” My friend Sam and I both chose coding and we teamed up and made a bunch of games.

What’s your favorite project you’ve made? Probably my “Choose Your Own Adventure” game.

Ryan’s “Choose Your Own Adventure” games Part 1 and Part 2:

What’s your favorite feature in Tynker? How easy it is to animate your character and make them dance and stuff.

What are you planning to make? I’m making this cooking app where you can click on breakfast, dinner, or lunch, and then it brings up all these recipes and then it tells you step by step how to make them.

Do you think other kids should learn to code? Yes, it’s something fun that you can do when you’re bored or something.

What’s your advice for new coders? Just play around with it. Eventually once you’ve played around with it a lot, you’ll get it and then you can make games and stuff.

We asked Ryan’s parents Cheri and Tom what they think about Ryan’s diverse passions for cooking and coding. Cheri says people sometimes ask her, “How can he like both coding and cooking?” Her response is, “They’re both creative things. That’s what he likes. He likes to create things and so any channel that there is to do that, he’ll take it.” She says she’s really happy that Ryan’s creativity has pulled him toward coding: “Whatever path he chooses to go down, I think coding will be helpful to him.”

In fact, coding and cooking have a lot in common. After all, what is a recipe but an algorithm you follow to make food? And both are great for kids because they can make something creative to show off to their friends and family.

Thanks for talking to us, Ryan! We can’t wait to visit your restaurant and play your videogames while waiting for our food.

Feeling hungry after all that talk about food? Chef Ryan can help you whip up a delicious Eggs Benedict.