Ten-year-old Layla lives and codes in San Diego, California. She is in 5th grade and loves soccer, drawing, and coding. She’s made some really creative projects, and even started a trend of building projects about respect in the Tynker community! We chatted with Layla to find out how she uses Tynker. 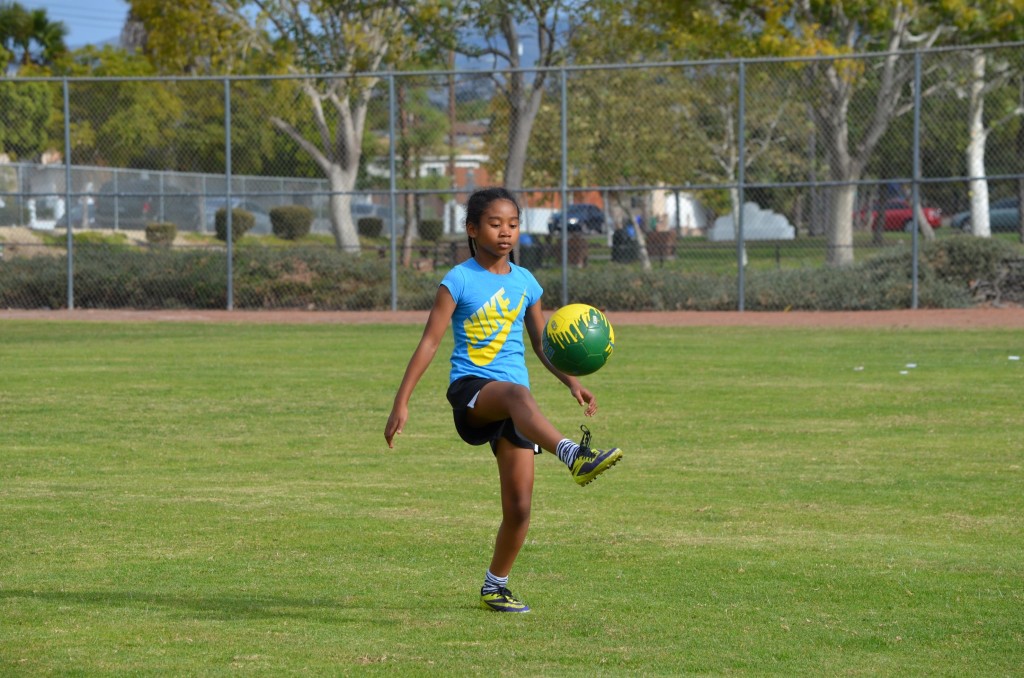 How did you get introduced to Tynker? About a year ago, my brother and my dad showed me Tynker. Then, at the beginning of the school year, I started again with Tynker. At school, we use Tynker on our iPads every Monday.

Do you ever Tynker with your friends? I’ve showed people at my school my projects and they really liked them a lot.

Do you look at the Tynker community projects? Yes, I do, and I’m really inspired by them. The community gives me ideas for what projects I might make next.

What is your favorite thing you’ve made? I like the emoji meme maker that I made, where you get to design an emoji and make a meme out of it.

What are you planning to make next? I’m working on a project where you can make your own music video.

Why do you like to code? Because I can make games that people haven’t really made, so I don’t have to rely on other people to have my own entertainment.

Do you think other kids should try coding? Yes, it’s really educational and it’s really fun to be able to make your own things.

What advice would you give for kids starting out with Tynker? I suggest that they put blocks into Codey and he’ll tell them what the blocks mean. They could start out with that and get ideas on what to do.

Here’s one of Layla’s projects about respect, which prompted many other kids in the Tynker community to make their own projects about what respect means to them.

Layla’s dad Chris noticed the “respect” trend spreading, as did we. He told us that when Layla showed him the apps and games about respect that the Tynker community was coming up with, he thought, “Wow, that just spread!”

Chris is glad Layla and her brother are learning to code. He thinks coding is beneficial because of the creative and analytical aspects: “It’s definitely a big benefit when they actually put their minds to something in their leisure time. Of all the things they can do with their spare time, it’s probably the most educational. It gives them skills for the future.”

We couldn’t have said it better, Chris. Thanks for talking to us, and thank you, Layla, for contributing so much to our community! We can’t wait to see what you do next.

Can’t get enough of Layla’s awesome animations? Check out two more of her coding projects! Here are “Things Taken Literally” and “Character Creator.”