Thirteen-year-old Gabriella is from Pennsylvania. She’s in 7th grade and loves singing, acting, and reading. We were intrigued by her creative projects, and wanted to learn more about her experience with Tynker! 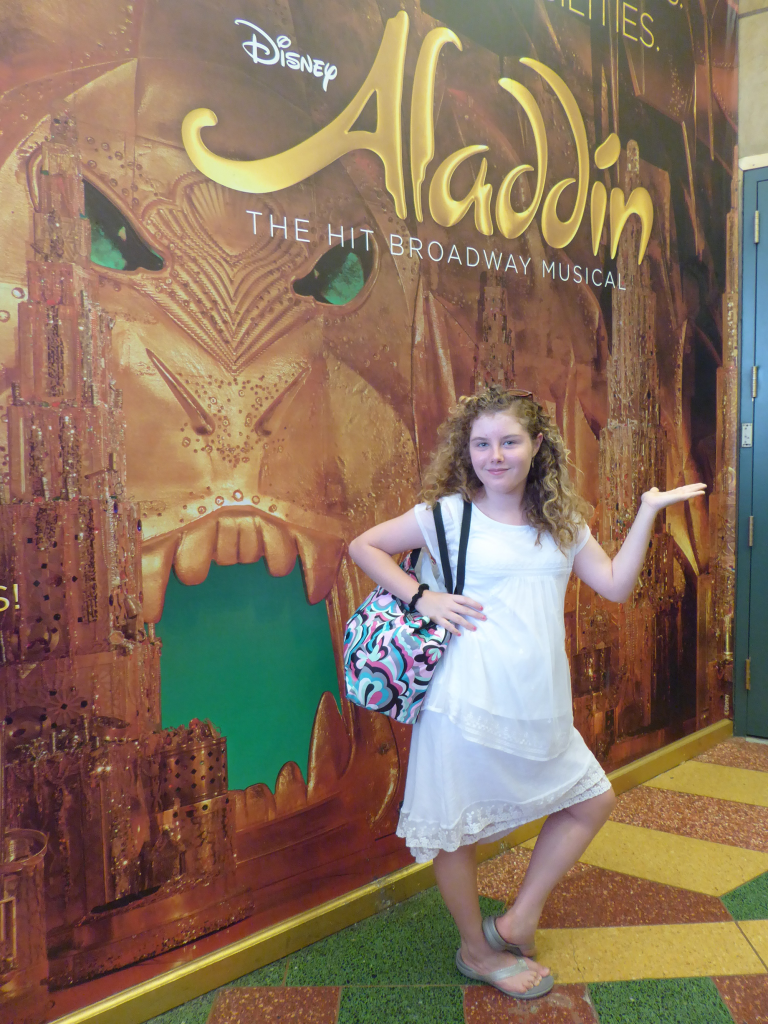 What do you want to be when you grow up? A singer or an actress. I’ve been Sebastian, Little Mermaid, and I was recently one of the kids in Joseph and the Amazing Technicolored Dream Coat. I’ve done a couple plays at my school and most of them at a performing arts center. I want to play Kristine Dey from Phantom of the Opera or Belle in Beauty and the Beast someday.

How did you get introduced to Tynker? My technology teacher really enjoys the Hour of Code. He ran a seminar where he had us coding constantly last year, and I got hooked. I’ve been using Tynker for about a year.

Do you look at the Tynker community projects? Yeah, I do. I check it often. I think it’s really nice that kids are able to show what they create – an important part of creativity is showing what you’re doing and feeling that positive response.

What’s your favorite feature in Tynker? I like the fact that I’m learning while doing something I enjoy. That’s something that matters a lot to me – if you don’t like what you’re doing, what’s the point? It’s a creative way to learn too, and there’s a lot of freedom. I like that you can draw your own characters or add your own photos. One thing I really like are the seasonal projects. I’ve done a lot of them, and I think it’s nice that Tynker offers something seasonal.

What is your favorite thing you’ve made? Either my Witch’s Cinderella Story or my Hoedown Number. I like to code stories, or projects where I can get the actors to dance.

What are you planning to make next? I’ve published several Ever After High projects in Tynker, so I’m working on another one. I’m also making Ariel’s Treasure Trove.

Why do you like to code? As I’ve said before, it’s one way to be creative, but it also reminds me of directing. I think it’s kind of ironic for me that all of the characters are called actors, and that the coding stage is called a stage. It makes me feel like a director, which, as a kid, is something I don’t get to do a lot in my life.

Do you think other kids should try coding? Definitely. It’s a great learning experience and it’s something really profitable that can help kids in life. I think it’s really great to learn coding because you’re able to solve your own technological problems rather than calling someone or asking someone for help, because you learn how all of it works. One thing I’ve found is that coding has helped me to develop my patience level, and has helped me focus better. Normally I don’t spend very much time on electronics, so I think it’s nice that there’s a learning aspect, especially if it’s one with such great creative response.

What advice would you give for kids starting out with Tynker? Well, I would tell them to look at the community projects, and look at the courses. I think that it might help them to see what they can do to create. I think that it’s important to start off with beginner projects; I think they should work on something simple first.

Gabriella’s mom Maria recently gained a greater appreciation for coding. She told us, “I really didn’t fully understand the importance of it until we visited some high schools in the fall. I was surprised to learn that they actually require coding for freshmen. Gabriella turned to me and said, ‘You see, mom? You see the value of Tynker?’ and I said, ‘Yes, I’m understanding it now.’” Usually she prefers her kids read books rather than use technology, but to her, Tynker isn’t just a game. Coding with Tynker “really allows a child’s creativity to come through, which I think is phenomenal. I think it’s great that it teaches the child the steps involved, because I think it helps with their reasoning and analyzing a situation, as well as problem solving.”

Thanks for chatting with us, Gabriella and Maria! We’re so glad to hear Tynker is enjoyable and beneficial for you, Gabriella, and we’re looking forward to more of your Ever After High projects, as well as your upcoming Ariel’s Treasure Trove project. Keep directing with Tynker!