Jesse Thorstad is the Technology Coordinator for Fergus Falls Public Schools, MN, where technological learning has begun to shine.

Number of Students on Tynker : 57

I serve as the technology coordinator for the Fergus Falls Public School district. I also teach for the iQ Academy of Minnesota, an online school. I believe computer programming is a key component of education in the 21st century.

Even though the importance of programming is unquestionable, our educational systems are struggling to keep up. Statistic after statistic shows the gap between the number of computer science (CS) jobs that exist within the US and the number of CS professionals we’re producing to fill that gap. Giving future generations the opportunity to pursue CS careers by teaching them programming at an early age is immensely important.

“I bet I’ve heard the words, “Mr Thorstad – look at this!” a thousand times in my Tynker classroom :-)” 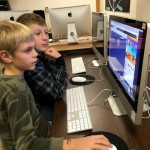 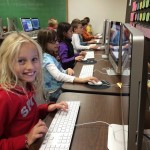 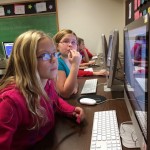 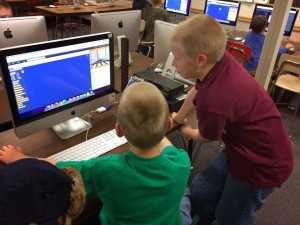 My Start with Tynker

I read about Tynker on TechCrunch and other tech blogs and it piqued my interest, so I tried my hand with the platform. I’ve seen and played with MIT’s Scratch in the past, so the environment looked familiar enough. But what I really preferred about Tynker and its web-based platform compared to Scratch was that its step-by-step lessons provided students the opportunity to learn at their own pace. Large and clunky group instruction just wasn’t necessary.

“We had to pair up; it was practically standing room only.”

I started up a week-long summer program geared toward students who might need extra time. The experience was so positive that I decided to implement it as a regular after-school program. We have computer labs in our schools that sit unused after school hours each day so I decided it would be a good idea to put them to use.

I picked a pilot school and sent home a letter to parents letting them know that I was going to institute Tynker in an after-school program that would teach programming for kids from grades 3 to 5.

I expected somewhere between 15-20 students, but the turnout was far greater. Almost 60 students showed up on the first day. I immediately realized that I needed to do something to allow each child to use a computer. I decided to expand the program from running only one day a week to three. I’m now joined by around 20 students each on Mondays, Tuesdays, and Wednesdays.

I’ve already begun expanding Tynker into another school. This other program includes students ranging from grades 6 to 12 and has a blended curriculum using Tynker. They all love it.

“They completely blow me away with the things that they come up with.”

Once I began running the program on a regular basis I quickly realized the need for Tynker Premium. We began our adventure with the free version of Tynker, which was fantastic, but it became apparent that the students were hungry for more. I needed more lesson plans, of course, plus we were ready to expand to more complex features and concepts like the Physics Engine, the Character Studio, and the puzzles.

A number of the students wanted to recreate the games that they know, Angry Birds, Fruit Ninja, or Mario Brothers to name a few. There are, however, always a handful of creative free-thinkers that start from nothing to completely create their own new games. We’ve made more than 1,200 projects to date – amazing stuff. 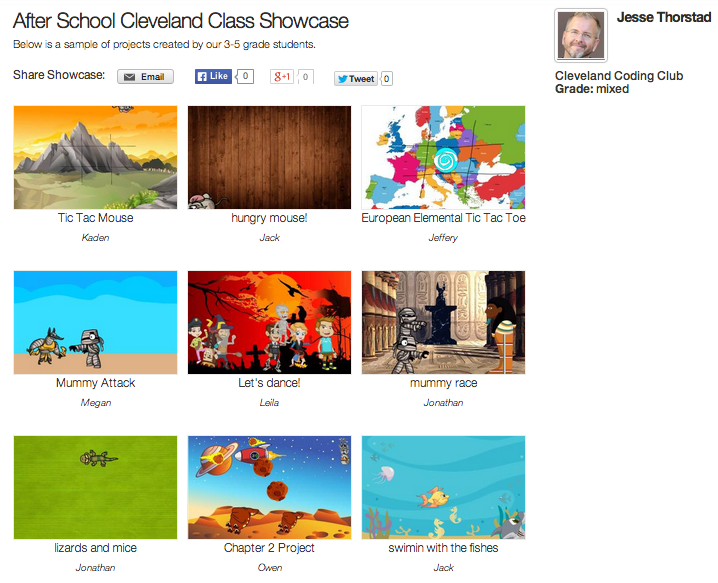 In one project the students expanded an existing aquarium activity and added a shark to the tank. They coded it so that every other player hid if the shark were to touch them. You played as the shark and the goal of the game was to swim around and eat the other fish. The students went even further by adding a second player–a puffer fish–to the tank, who could make use of its spiked body.

Here’s another example: In this project the kids made a Fruit Ninja-style game with a dinosaur. The object of the game is to avoid the dinosaur, which gets faster the longer you play!

“Students are becoming experts on their own. They’ll get up and see what others are working on and then share their small bits of expertise with each other.”

Tynker Premium has not only engaged the students but it has also made experts of a number of them, even those who have struggled to excel within the confines of a traditional classroom. With the afterschool club, Tynker has given some students the opportunity to become superstars.

The students are now even teaching each other. I’ve been an elementary school teacher myself, and one of the greatest pleasures I could ever have hoped for is children teaching other children. Not only does that enable them to learn more efficiently and become more confident, it also gives me the autonomy needed to focus on the problems one particular student may have. It has single-handedly changed the standard classroom ratio of 1 teacher to 20 to 30 students to a 1 on 1 atmosphere. I can help each student individually.

As I said before, some of my students have become experts in a particular field. Students will often get up from their chairs to seek out a specific child in order to learn more about, say, moving a character across the screen or how to properly collide actors – it’s absolutely magical!

What surprised me most about Tynker was its ability to retain interest. Students entered with varying levels of interest and left supercharged. I keep hearing from parents about how often their children come home from the coding program to show them what they’ve done. On top of that, I’ve noticed that a number of the students log on from home to continue their work.

I wanted to share this particular example of how STEM learning gets enhanced with Tynker. Tynker provides kids with a concrete example of the power of decimal places. While they may study decimals in math, the students truly come to life when they see how moving a decimal block of code can affect the objects on the screen tenfold. That heartwarming “Ah-ha!” moment happens every now and again when understanding dawns on them on a concept that they have otherwise only learnt in a superficial way.

My students now understand that the computer is a powerful tool to create and learn, not just to play with. Tynker has entered our lexicons as a verb; learning and expanding our minds, we Tynker.

By participating in Tynker’s free Hour of Code programming puzzles, we were able to expose over 300 of our students to computer programming. Of course, our club members took the lead in the computer labs by moving about the room helping new coders in their classes get their feet wet.

I have some background in computer science. I dabble in HTML, CSS, and even some PHP programming here and there, but one of the key reasons I took Tynker to the TIES Educational Technology Conference in Dec 2013 is that teachers don’t need any previous coding experience to be able to instruct with Tynker.

With over 80 in attendance at my Tynker TIES session there was great excitement – especially as teachers saw how easily Tynker enables them to manage large groups of students and assign lessons. Those features really help streamline teacher management. In addition, the “Google Sign-in” option was also well-received, as so many schools have now “gone Google”. Having this single sign-in is a huge convenience, particularly for younger students, reducing obstacles that distract from lessons to be learned.

The Tynker platform does a great job of removing the barrier for any teacher who wants to give students the experience of learning code. As it turns out, students end up teaching the teachers a few tricks, too. Tynker needs to get out there and get passed around among teachers; the TIES Conference offered a good platform for me to share my experience and spread the word.