Imagine a life without modern medicine, a road trip without the voice of a GPS, or a day without using a cellphone. Such would be the world we’d live in without space exploration and without the work of Dr. Mae Jemison. Inspired in part by Star Trek’s Lt. Uhura, Mae, on her 1992 trip on the NASA space shuttle Endeavour, became the first African-American woman to travel in space. In fact, we were so inspired by Mae’s story that we even have a character named after Mae in Space Cadet and Space Quest! Mae’s passion for science developed during her childhood and persists still, driving her to push the limits of possibility throughout her notable career. 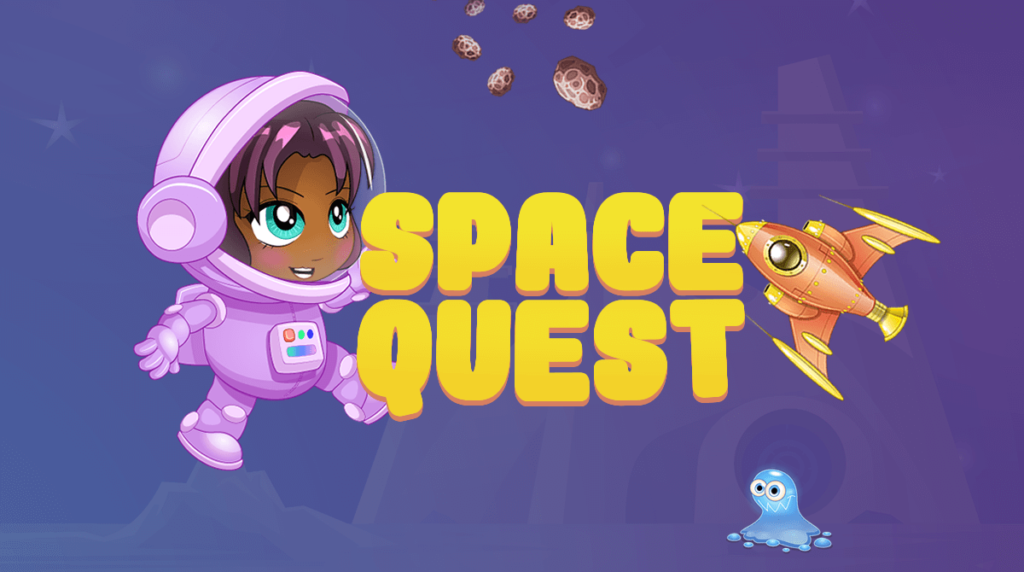 Mae always knew that she wanted to pursue a career in STEM. With the help of her parents, who fostered her curiosity by transforming ordinary days into learning experiences, Mae was drawn to science through the study of nature. Although her parents were very supportive, she wasn’t always faced with encouragement outside her home.

“In kindergarten, my teacher asked me what I wanted to be when I grew up, and I told her a scientist,” Jemison told Ebony. “She said, ‘Don’t you mean a nurse?’ Now, there’s nothing wrong with being a nurse, but that’s not what I wanted to be.” Today, Mae is not only a scientist but also an astronaut, engineer, doctor, entrepreneur, teacher, author, dancer, actress, and an advocate for science literacy in children.

When she was just sixteen, Mae moved to California from her hometown of Chicago in order to study chemical engineering at Stanford. In further pursuit of her career in science, Mae went on to attend medical school at Cornell University. After spending several years serving in the Peace Corps and practicing as a medical doctor, Mae, prompted by Sally Ride’s 1983 journey as the first American woman in space, applied to NASA’s astronaut program. In 1992, she stepped aboard the space shuttle Endeavour as the first African-American woman to go into orbit.

(Never underestimate the impact of TV: “Despite NASA’s rigid protocol, Jemison would begin each shift with a salute that only a Trekkie could appreciate,” wrote Stanford Today. ‘‘Hailing frequencies open,’ she could be heard repeating throughout the eight-day mission.” Mae even went on to appear as Lt. Palmer in an episode of Star Trek: The Next Generation.)

Mae spent nearly eight days in space, during which she led an experiment to see how tadpoles develop in zero-gravity conditions. Although she eventually resigned from NASA in order to explore the intersection between social sciences and technology, Mae’s time as an astronaut was incredibly impactful.

“It’s important not only for a little black girl growing up to know, yeah, you can become an astronaut because here’s Mae Jemison,” she said in an interview with The Associated Press, “But it’s important for older white males who sometimes make decisions on those careers of those little black girls.”

Mae’s drive to expose people to science continued after her resignation from NASA. In 1994, Mae founded The Earth We Share, an international science camp dedicated to promoting science literacy for kids. At TEWS, students work together to solve a problem, such as creating a global budget for science and technology research, empowering kids to creatively use technology to help others. Mae also serves as the principal of the 100 Year Starship Foundation, an organization dedicated to sending humans outside our solar system within the next 100 years. Imagine everything we’d learn by going beyond our solar system!

Mae’s entire career is rooted in encouraging a love of science, especially in kids. She believes the key to having students succeed and continue careers in science is exposure.

“I think that there are really important things that we have to do with students to get them to succeed in science, to go on and stay with careers,” she told NPR. “And that includes the idea of being exposed to something…if you know that those things [science and math] exist, it makes it easier for you to get involved.

Here at Tynker, we provide the opportunities for kids to be exposed to and encouraged when coding. Check out our courses and empower children to explore and make with science. Encouraging them may just create future kindergarten scientists like Mae!