This week, we had the pleasure of chatting with Kevin Brookhouser, a maker, author, coder, and ed tech enthusiast. Kevin teaches project-based learning at York School in Monterey, CA and he’ll be our guest moderator for #Tynkerchat on Twitter this week. A bit more about Kevin from his website:

Kevin Brookhouser, M.Ed. is the author of The 20time Project: How educators can launch Google’s formula for future-ready students and Code in Every Class: How All Educators Can Teach Programming. He teaches project based learning, digital citizenship, and design at York School in Monterey, California and is a Google for Education Certified Innovator and Certified Trainer, and National Association of Independent Schools Teacher of the Future. Kevin serves on the board of The International School of Monterey. He is a learning animal.

Kevin chatted with us about the importance of programming in our economy and society.

1.  You wrote Code in Every Class. How would you encourage teachers to get the word out about the importance of coding in schools?

We’ve decided that certain academic topics are so important that kids can’t get through our school system without at least some exposure: algebra, physics, history, and probably a Shakespeare play. It’s hard to argue about the importance of any of those. But look around. What aspect of our modern lives isn’t shaped through computer programming? Yet so many of our students, especially girls and minorities, get through school without any exposure to programming and therefore don’t know what they could know to thrive in this future.

2. It seems like each week now we’re hearing about automation and jobs going away. What do you say to schools that don’t put CS as a priority or a concern?

Learning to code is NOT a panacea for future job prospects. Honestly, artificial intelligence and global outsourcing will probably eat up all but the highest level dedicated computer programming jobs in the developed world. That said, most of the highest paying jobs of the future will require some computer science knowledge. Managers, artists, scientists, and teachers will all benefit by knowing the language of the future: coding. 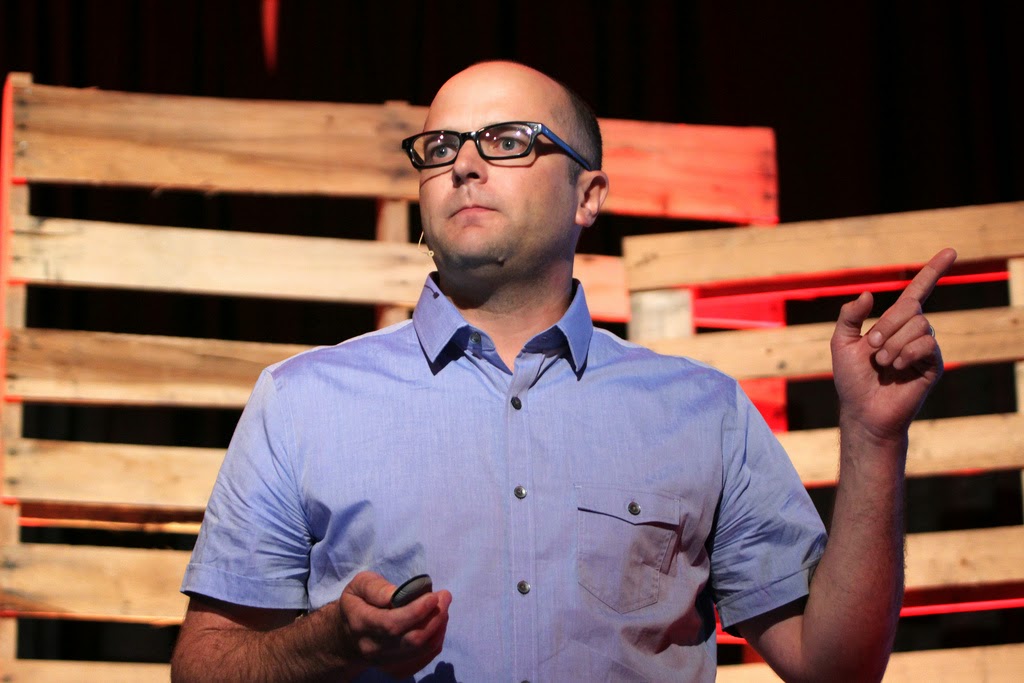 3. What are you reading right now?

Dragons Love Tacos for the 238th time. I have a three-year-old. But when I get to read for myself, I am working my way through Elizabeth Gilbert’s Big Magic. It’s all about living a creative life, not about coding. However, I‘ve witnessed firsthand the creative power of students who know how to code. Through projects making use of Arduino, Raspberry Pi, sensors, actuators, buttons, LED lights, the creative potential of coders is truly unlimited. Gilbert’s book helps me understand how to better lead a creative life, and get through the fear most of us experience while being creative (and while coding).

Without question, my students. I’ve learned that when I expose my students to a few tools and platforms, teach them the basics, and then let them run with those skills and tools, they blow me away with their creativity. This past year the local fire department and children’s museum recruited a few of my students to design and code an interactive exhibit that taught younger kids about fire safety. Their creation is now actively being used by hundreds of children every day at Monterey’s MY Museum, and according to the fire chief, “this exhibit could save a kid’s life.” That’s inspiring.

5.  If you were a college recruiter interviewing a prospective student, what would be the first question you ask?

I would ask the same question my friends at Google, Jaime Casap and Richard Achee, ask. “What problem do you want to solve?” If a student has a quick answer to that particular question, I know a few things about her. First, she’s curious about the world around her and notices things other people miss. Second, she’s probably action oriented; we need more doers and fewer critics. Third, she’s optimistic. If all other things are equal, I want to surround myself with the optimism the allows people to believe problems CAN be solved.

Thanks again Kevin! We’ll look for you on Twitter at @Brookhouser!

Join Kevin as he moderates #Tynkerchat for us this Monday.

Daniel Rezac is the Education Community Manager at Tynker. He's been a science teacher, a technology coach, STEAM Coordinator, and school Tech Director working with students from Pre-K to adults. Feel free to reach out to him at daniel [at] tynker.com.